The Walker On The Road: Steps Towards A Novel 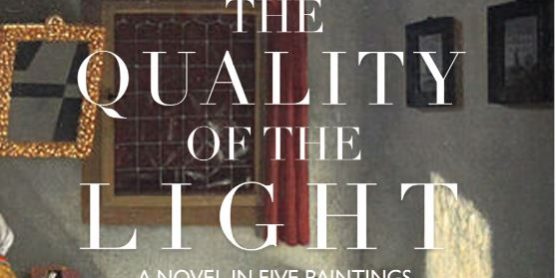 I’ve sometimes been asked what has given rise to a particular book of mine. The question is easier to answer in relation to non-fiction, some of which is commissioned, than to poetry, plays or narratives, the ultimate source of which is frequently invisible, even to the author. With The Quality of the Light: A Novel in Five Paintings, which is about to appear, however, there are a few clues that I can offer along the way.

Many years ago I was living on the crest of a serpentine slope in South London known as Fox Hill. In the previous century the French impressionist Camille Pissarro, driven into exile in England by the repercussions of the Franco-Prussian war of 1870-71, had painted it in winter. The painting is in the National Gallery, and a reproduction of it hung on our bedroom wall. It depicts a gentleman heavily clad against the weather, trudging up the hillside through snow. One day I wrote a poem in which I imagined this static figure continuing his walk until he saw himself reflected in a mirror in our flat. When I submitted it to the National Poetry Competition, it won a small prize.

I remembered this when, a few years later, I found myself at a party talking to Dr Harriet O’Neill, whose job it was then to arrange the daily programme for events in the Gallery, including a regular “Painting of the Month”. The picture selected for the following month was to be the Pissarro. As a result, I was invited to read the poem in front of the picture before a group of visitors, family and friends. When shortly afterwards Harriet was appointed acting curator of the famous collection of Victorian pictures at Royal Holloway College in Egham, she wrote to ask whether I would consider writing a poetry sequence around that collection. In 2017 the college published the resulting sequence as The Founders’ Gift, and it seemed only fitting that public readings from the book should be organised in the college gallery, once again in front of the pictures. In 2019 the Music Department wrote to say that they planned to ask six young composers to make choral settings of some of the poems, to be sung during three lunchtime concerts in the gallery. We managed to complete the series in March of last year, just before lockdown.

The technical term for the verbal evocation of visual images is Ekphrasis. It is quite common in poetry: W.H. Auden practised it, as did R. S. Thomas to some effect. I got to wondering whether the same principle might be used to structure a whole novel. Was an “ekphrastic novel”, in fact, feasible? There was a story I had been longing to tell for some time involving a painter in early middle age, and his struggles with life and art. Might a procession of paintings provide a suitable frame? In fact, I wanted to go further than that, and have the action of the tale erupt from the canvas.  One well-known picture in the National Gallery is by the Dutch artist Meindert Hobbema. It shows a man on an island in southern Holland walking towards the viewer between an avenue of unfurling poplars. Who is this man? Where is he going, and with what purpose? As with the walker in my Pissarro poem, might I unlock him from his arrested stride, identify him, give him a direction, a back story and a future story? Could I even endow him with a personal relationship to particular viewers on one particular afternoon?

Until quite recently, pictorial art has been static while stories have always been kinetic. Half the satisfaction of regarding the Old Masters is of liberating the men and women in the scenes depicted from their state of frozen immobility, endowing them with movement and life. Many of us perform this miracle every time we stand in front of a Leonardo da Vinci or a Raphael. It is a form of imaginative appropriation, but a legitimate and, in its way, a creative one. In my novel this process occurs five times, and on each occasion the painting is different. The motives and desires of the characters are intimately bound up with the way in which they react to and interpret the Hobbema picture, and four other works by the Danish artist Nicolai Abildgard, Hans Holbein the Younger, Rembrandt and Rubens.

I would not say that this is a novel about art so much as one which interrogates the legitimacy and purpose of representation, whether in painting, in story-telling or in life. What is truth? Is it something out there and given, or something that we make up as we go along? Is realism possible, or even desirable? Might it be as reasonable to convey what we want to see as what is generally thought to be there?  Do all of us see the same things and in the same way? Can any reading of art or life claim precedence over the rest? Theories can offer solutions to these knotty problems, but so can stories. One answer lies in my story.

The Quality of the Light: A Novel in Five Paintings is released today, June 8th, 2021.

It will be launched on Tuesday, June 15th in a zoomed conversation with the novelist and art historian Juliet Heslewood. All are welcome:  https://www.charlbury.info/events/7431

An account of the background to The Founders’ Gift may be found at https://victorianweb.org/painting/frame.html