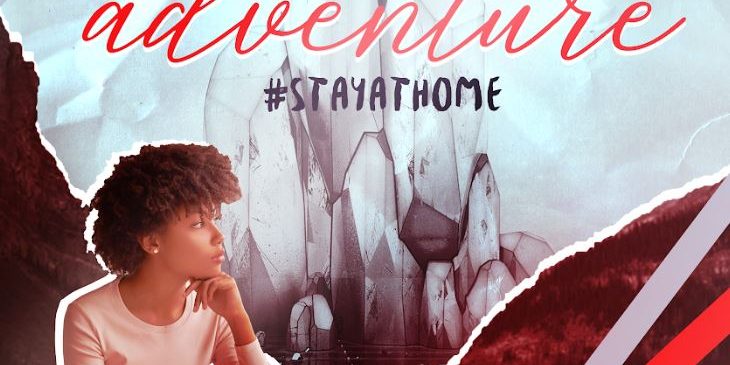 Thank to everyone who entered our short story/poetry competition!

We were inundated with really high quality submissions and were hard pushed to choose the winner. So we thought we’d post some of the best here to give them honourable mention.

A huge congrats to Kathryn Rendle and Eileen Bourne. We wanted to share their stories here for you all.

“This is what he does to me:

When I see his face,

my heart skips a beat.

When I smell his cologne,

When I hear his voice,

my mind starts to swim.

When I read his name,

I can’t stop thinking of him.

This is what he does to me:

When I think that he’s near,

my stomach flips upside down.

When I dream about him,

I can’t breathe, I shut down.

It’s been so many years,

yet the effect is immense.

Will it someday end?

she smiles kindly at me.

“All these symptoms you feel,

Gunmetal grey. Slate grey. Charcoal grey… It didn’t matter how you dressed it up, it was still the same. Grey.

Why? Why had she let them persuade her? Her instincts had all screamed ‘Don’t do it!’ ‘It won’t make any difference!’ ‘It won’t change anything!’ But like a child being taken by the hand and led, she had allowed herself to be persuaded. Why?

The coach inched slowly forward. The voice of the guide, coming from the speaker system, droned on.

‘And if you look out of the nearside window now, you’ll see the Churchill Barriers. After the sinking of the…’ The voice receded. Her mind blanked once more. The grey mist enveloped her. Grey… Grey…

And why here, for goodness sake? The greyest place imaginable in her perpetual grey world. Did the sun never shine here? Were the clouds always that same, interminable, lowering… grey? And what perversity led the Orcadians to cover almost every building in sludge grey paint?

She’d so nearly not come on this excursion this morning. The last day of the long, miserable, sad week. They’d knocked on her door three times. Or maybe it was three people each knocking once. It made no difference which.

She’d clung to the edge of the washbasin, her knuckles paper white, the words tumbling over and over in her head. ‘I can’t do this! I can’t. I can’t. I can’t do it any more.’ The tears flowed unceasingly. She’d caught sight of her desperate, miserable, ravaged face in the mirror. It didn’t shock her any more. Not even repulse her, as it once would have done. She’d seen it too many times before in the last two years.

‘Come on, sleepyhead. Wakey wakey. You’ll miss your breakfast if you don’t get up soon.’ It was Mandy’s bright, slightly metallic voice, calling from the corridor outside her room. ‘It’s our last trip today. They’re saying they’ve saved the best till last. You don’t want to miss this.’

She’d been told it takes two years. Two years to start to get over it. Two years? What did they know? She wanted to shout the words out loud. WHAT DID THEY KNOW? It wasn’t them waking each morning, for just two blissful seconds unaware, before the earth-shattering, titanic, plunging, throw-you-back-on-the-bed thump to the chest. The welling up inside, of something so totally destructive that the breath wouldn’t come. The panic. The nowhere-to-run-to panic. WHAT DID THEY KNOW?

‘We’re nearly there now.’ Mandy spoke quietly from the seat beside her, pulling her back to the here and now. Dear Mandy. She seemed always to know when the time was right to speak. What was it that had been painted on the walls of her Sunday School, all those long years ago, when she was a child? ‘A time to speak, and a time to be silent.’ Yes. Mandy always seemed to know the difference.

The coach was slowing down. The guide was speaking again.

‘We may have to wait a few minutes before we can go in. The Chapel is very tiny. It can only hold a few people at a time. But I promise you, it’s well worth the wait.’

Along the short gravel path, she saw it. An old wartime Nissen hut, re-fashioned into one of the tiniest Chapels she had ever seen.

They shuffled forward, slowly. The guide book, that she’d read in the lounge of the hotel, had described it perfectly. The shape of the original building hidden behind a simple, Italianate, Church front. So strange. So oddly beautiful. So out of place in this dull, dreary, cloud-enshrouded landscape.

For a moment she felt at one with those poor Italian prisoners of war, the creators of this incredible monument. Cut off from their homeland. Torn from their families. Deprived of the sunshine. Drowning in endless grey mist.

At her feet, a robin pecked in a desultory way, searching for whatever morsels fell from the bags of these strangers. Sometimes there were unexpected pickings.

Still they shuffled forward. Around her, fellow visitors discussed the barriers, the hotel, the town. It was but a low rumble in her ears. She tuned in briefly when she heard one of them mention St Magnus’s cathedral. Surprising herself, she remembered the cathedral with something nearing pleasure. The soft light, the calm. The ancient headstones laid around the inside walls. She hadn’t wanted to approach them, she recalled. Headstones. Death. Too close for comfort. But amazingly, they had, briefly, brought her comfort. For hundreds and hundreds of years, ancients who had lived, and died, had made their mark, and lived on in some way. By looking at the stones, she could imagine their beloved ones. Imagine the grief of those left behind. And knew, for just a few short minutes, that she was not alone. No-one who had ever loved, and lost a loved one, was alone.

The group had almost reached the door of the Chapel. For some reason, in one moment of total unanimity, the group fell silent. The only sounds, the shrill shriek of a gull, the plaintive bleat of a sheep. The door stood open. And moving towards it, she heard the deep, unanimous gasp of those ahead of her. And then she saw it…

How? How had such poor, disillusioned, war-weary people, created such unimaginable, intense beauty?

The guide spoke softly. ‘Please don’t touch anything. It is, understandably, very fragile after all these years’.’

It took every fibre of self control not to reach out and touch those walls. Walls that shouted ‘Touch me, prove to yourself I am only paint.’

Nothing had prepared her for such beauty.

How could an old, wartime, utility building be transformed into this?

How could men, as down in their lives as they could possibly be, deprived of everything they loved, shake off that torpor, raise themselves up, and, out of next to nothing, create something of such magnificence that even after seventy five years, those that followed would draw in their breath, and stand, open mouthed? And then bow their heads, with one accord.

How long she had stood there, her eyes moving over each minute detail, her breathing slow, her body still, she had no idea. Time had stopped. Her body, even her mind, felt, for the first time in such a long, long time, relaxed, almost cosseted.

The guide was calling them together, like an anxious Mother duck with her recalcitrant ducklings.

‘We must go now. The next visitors are here, and our coach is waiting. Be sure to bring your belongings…’

She turned, no longer seeing. Her senses resisting every move. She shuffled towards the open door. Outside, something had changed. She could feel it, even before she reached the door. A change of light…

The light grew stronger. At the doorway, an unexpected warmth.

It wasn’t strong. The sun was still hidden. But it was as though someone, some unseen hand, had taken a plump watercolour brush, laden with the softest shades – baby pink, palest lemon, barely-there blue – and passed it over the now silver grey sky.

Stepping outside, still wrapped in her world of wonder, a tiny crack opened in the sky above her. A washed yellow sun put its fingers out, feeling its way into the world. The world around her imperceptibly brightened.

And somewhere nearby, in one of the short, shrubby trees, a robin sang.