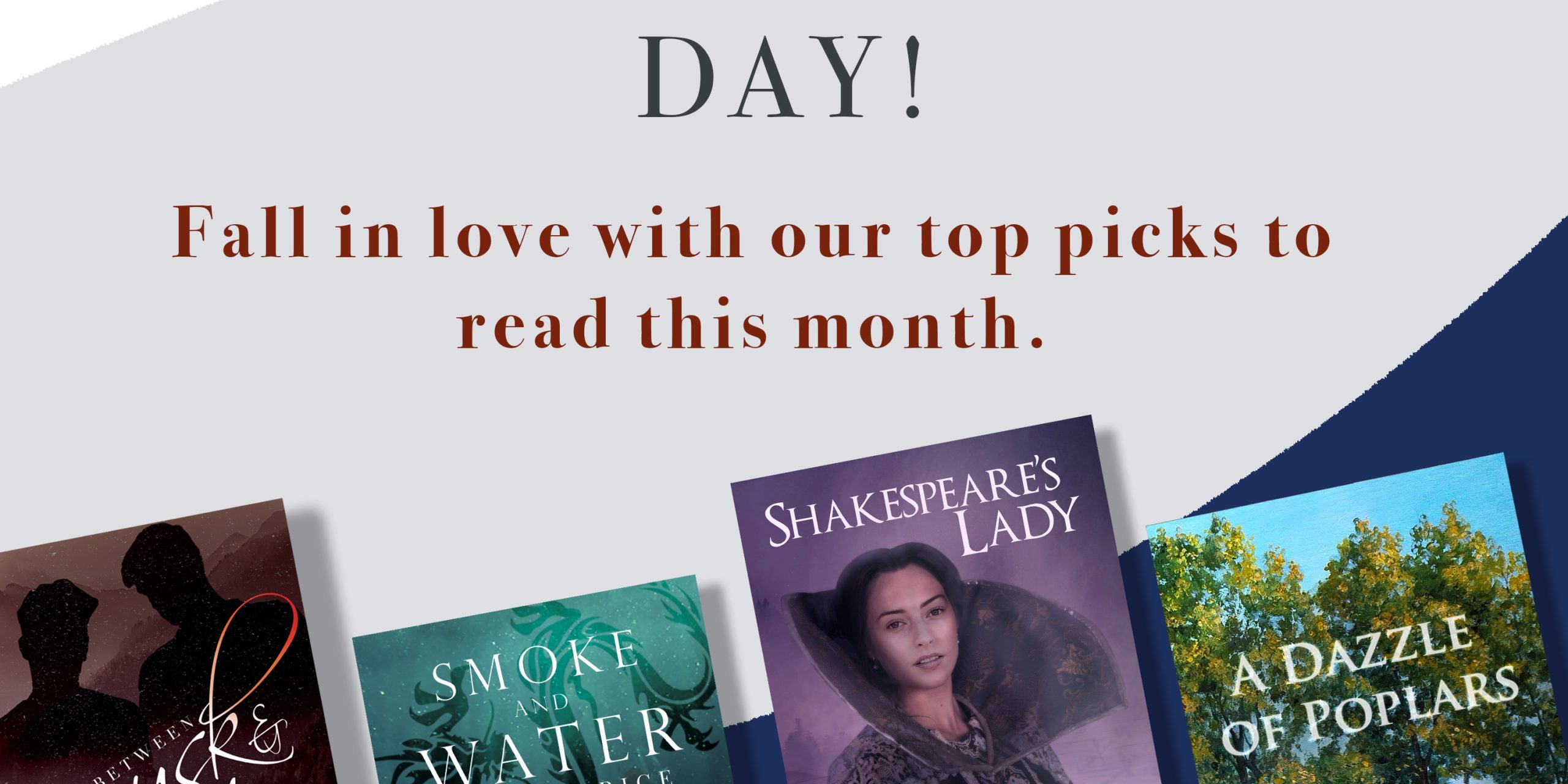 Fall in love with our top picks for Valentine’s Day. Available in paperback from all major retailers and if it’s instantaneous love you’re after, grab the eBooks here.

For centuries, readers have debated the identity of the mysterious and seductive Dark Lady in William Shakespeare’s sonnets.

Emilia Bassano – lady-in-waiting to Queen Elizabeth, patron of the arts and the first woman to establish herself as a professional poet in England – could be the answer.

A Dazzle of Poplars by Alexandra Kendall

Alexandra Kendall’s ‘A Dazzle of Poplars’ takes readers into an intricate and intense series of encounters by a young artist who has recently moved to the countryside from London, intent on starting over. But there’s a widower down the street to keep her mind occupied, a series of new friends who bring their own challenges and a hint that maybe…just maybe…her new cottage contains a mystery. While fiction, the volume ultimately empowers readers to break free of their own adversity, grab life by the horns and understand hope always prevails.

Natasha Arden loves music, food, sex, clothes, and her boss. Unable to tell anyone because he’s married, she pours her heart out in the only way she knows how: a private blog.

‘Boys aren’t pretty, and boys don’t like boys.’ These words have followed Eike Nylund his whole life, they are the resonating reminder of an older brother lost in a tragic fire which claimed his entire family and nearly claimed him.

Between Dusk and Dawn by Tai Le Grice

“My love is infinite. It will always remain and wherever you go, wherever he sends you… I will find you.” A life lived and a love lost. Waiting through lifetimes to be re-united and driven to put right the mistakes of the past or be trapped forever in regret. Two lost souls destined to be reunited meet once again.