Spooky Books to Read This Halloween

You are here:
Halloween 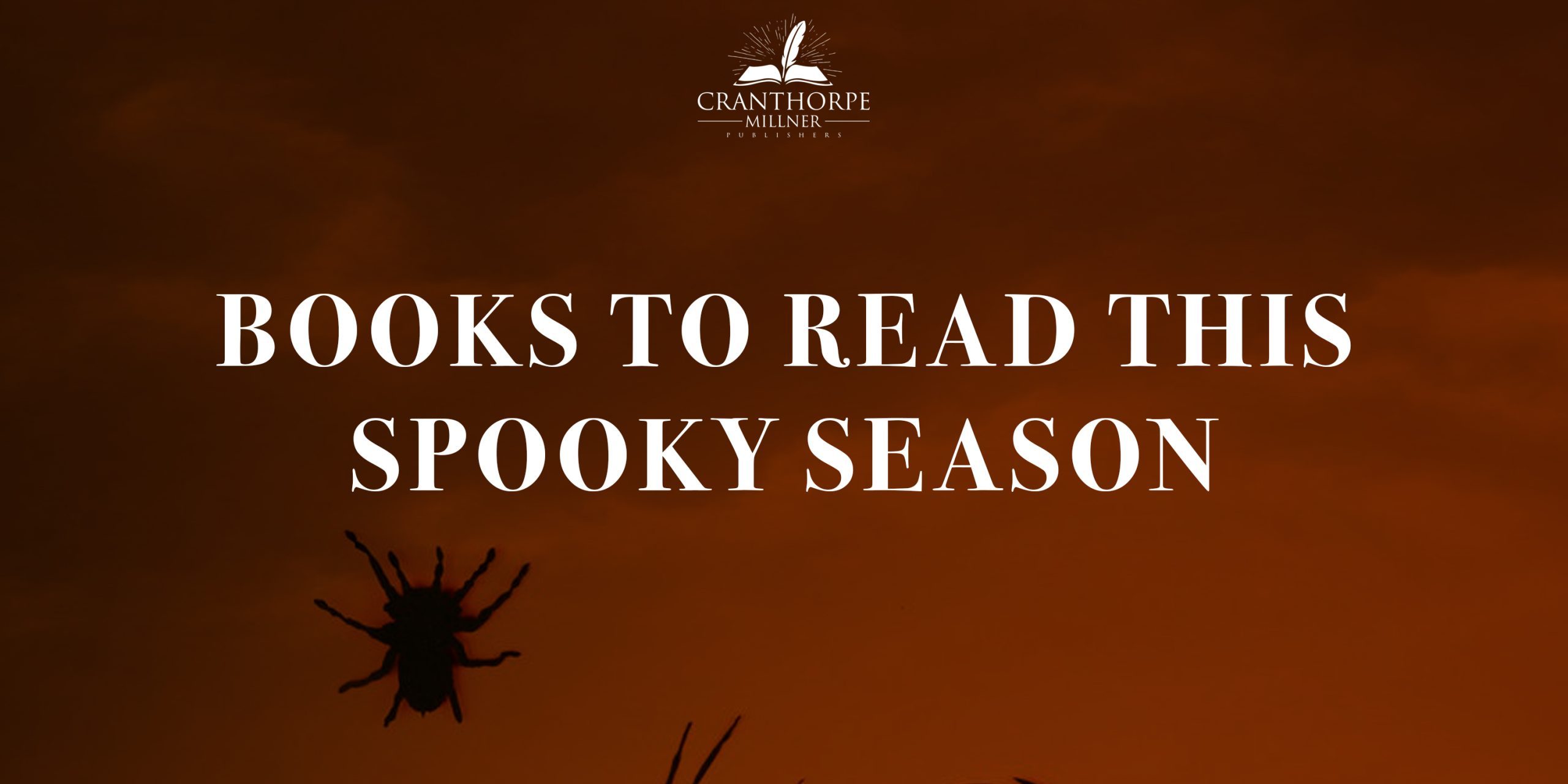 We don’t know about you, but we love a spooky read that keeps you on the edge and wanting more. Halloween is around the corner and what better time to try a new read! Horror, thriller, suspense, drama, mystery, and scary bits too. We have them here at Cranthorpe Millner!

A roundup of our wonderful authors and their titles which we think are gripping reads for this time of year, just waiting for youuuuu.  Grab a drink, pull the curtains, dim the lights, and begin…

Available to buy or pre-order through the following:

This fast-paced, nail-biting detective novel is written by a very experienced homicide detective who has lived and breathed this sort of investigation so bringing his unique insight into a detective novel. A true game of cat and mouse!

The Hawk and the Raven by Stacey Dighton (released 26th October)

A mind-boggling supernatural thriller, combining the traditional crime story with the spine-tingling occult in this latest thrill spiller from the UK’s own dark fiction author. No less than five murders for sleuth Luke Raven to solve but he has a paranormal gift to help him track down the killers. Raven battles against the dark forces of the mysterious organisation The Legion who will stop at nothing to bring him down, including unleashing the murderous cannibal, The Hawk.

In Max Drayton’s detective novel, Mr Panama, it’s 2082 and the UK is under the control of the World State of China. Whilst technology may have banished hunger there’s still plenty to be uneasy about, especially for detective Ned Panama. Trying to solve a triple murder case is one thing but uncovering a plot to undermine the whole stability of the nation is whole different ballgame.

While Sleeping by Jennifer Claywood (released 25th May 2021)

An intricate and thought-provoking novel, embroiling readers in the lives of struggling law enforcement officers, an altruistic young curator, and a serial killer who might just be living in the roof.

Seth Reed is on his way to meet some old friends from school whom he has not seen in years. Looking forward to an evening of catching up over whiskey, he does not think tonight will be different to any other night. Then he sees her. The beautiful girl on the train who does not say a thing, just leaves a note for him with the words, ‘Wake Up’ written on it. Suddenly he cannot sleep. The girl and those words haunt him. What’s happening to him? The answer is darker than he could ever have imagined!

A modern crime story and the story of a small family’s survival after a painful past. Mark, who struggles with his identity, his mental health, and his role in the family, has a secret about the girls that have disappeared from Stonehenge, and it is torturing him. What happens next?

Opens your eyes into the criminal world of those operating on the wrong side of the law to make their fortunes. Read through 700 years of criminal history. From Richard Pudlicott, the notorious Dick Turpin, the Burke and Hare murderers, Moll Cutpurse, Colonel Thomas Blood, Mary Carleto right up to the 20th century Elephant Gang. A great read for those that love real crime!

Masterfully fuses gruesome death and psychotic crime with a unique brand of eccentric humour, as an anti-hero learns to take a stand in life, even while he is suspected of murder. It’s a story of strange happenings, lost love and fighting against an evil corporation who risk humanity’s future.

Comatose follows the lives of four strangers who are trying to cheat death. On the surface, these people – a famous Hollywood director suffering from terminal brain cancer, a budding scientist in Artificial Intelligence whose honeymoon tragically ended with a freak plane accident, an angry orphan who lost her closest family to a tragic motorcycle accident, and the leading medical expert in treating comatose patients – appear to have nothing in common. The plot thickens but to find out more, it’s a must read!